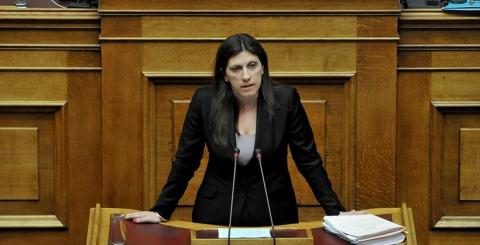 The President of the Greek Parliament, Zoe Konstantopoulou has scheduled to convene Parliamentary committee sessions Wednesday night, 9.30pm, in an attempt to filibuster the procedure, despite Greek PM Alexis Tsipras’s request for the Greek Parliament to open immediately for the Greek assembly to vote on the deal with creditors, Tuesday. This means the whole process of passing the new bailout plan thru Greek Parliament will be delayed by one day. The aim of Tsipras was to pass the new agreement through the parliamentary committees as soon as possible, giving MPs time to study the agreement, which consists of 23 measures in the 60-page long second article scheduled to come for voting in the Plenary.