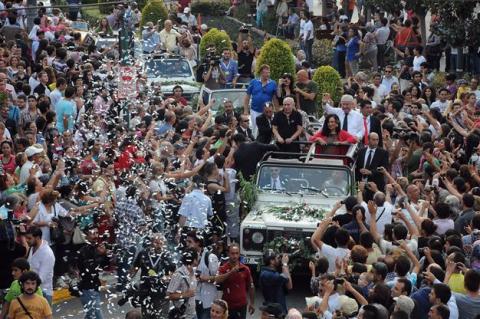 The Antalya Piano Festival and the Golden Orange Film Festival will be organized back-to-back this year with a decision by the municipality The Antalya Metropolitan Municipality has combined this year's two big artistic organizations back-to-back. The 16th International Piano Festival, which had usually been held in November in previous years, will be held in October. When the festival ends on Oct. 18, the 52nd Antalya Golden Orange Film Festival will start right after it on the same day. The festival will end on Oct. 24.

The municipality initiated a single tender for both artistic organizations. As part of the tender which will be made on Aug. 31, 800 domestic and 600 international flight tickets will be purchased for the Golden Orange Film Festival. For nine days, buses and drivers will be rented for the festival cortege. Also, between Sept. 14 and Oct. 31, 25 people will work for the festival organization office.

For the promotion of the festival, 1,500 large festival catalogues, 14,500 festival program brochures and five different books will also go out to tender.

This year, 50,000 invitations will be printed for the 52nd Antalya Golden Orange Film Festival. It will also use 3,000 posters and 150 digital posters in various sizes. A nostalgic tram will serve the festival as well.

Hundreds of billboards and panels will be rented for the festival. Moreover, 10 buildings, to be determined by the festival organization, will be enveloped. For each day of the festival, seven different newspapers will be published.