Model with Down syndrome to walk in NY Fashion Week (pics) 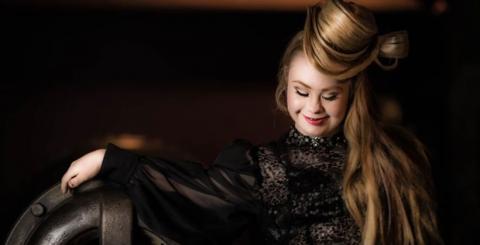 The fashion world is often, and in many cases justifiably, perceived as a harsh and cut throat industry. But what will happen during New York’s Fashion week is something that is quite inspiring. Madeline Stuart, an 18-year-old Australian model with Down syndrome signed to walk in the New York Fashion Week with Moda, in association with the Christopher Reeve Foundation. Madeline went viral when she posted some stunning photos of herself on her Facebook profile. About a year ago the 18-year old Australian beauty was overweight and feeling depressed about her situation. But she decided to take matters into her own hands and followed an exercising program by playing basketball, swimming and dancing to shed some weight. After a while and following her facebook photos she started to receive proposals for photo-shoots. She is the second model with Down syndrome to walk in New York Fashion Week after Jamie Brewer.