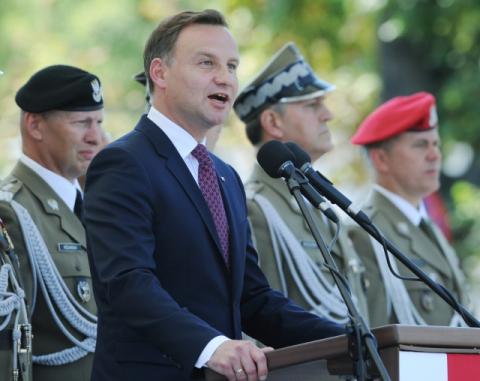 The member countries of NATO from Central and Eastern Europe are planning to hold a summit in Bucharest on November 3 and 4.

The former Eastern bloc countries of Bulgaria, Romania, Poland, Hungary, the Czech Republic, Slovakia, Lithuania, Latvia and Estonia are expected to participate in the summit.

This was announced by an aide of the newly inaugurated Polish President Andrzej Duda on Monday, the Wall Street Journal informs.

The foreign envoy of the Polish president Krzysztof Szczerski called for a greater military presence of NATO on the eastern flank of the alliance in order to deter any Russian aggression.

However some allies, such as Germany, are opposed to the call of the eastern members as this will contradict a 1997 agreement between NATO and Russia, which states that the alliance will refrain from such moves.

Duda has on numerous occasions called for permanent presence of NATO equipment and troops in Poland and not treating the country as a "buffer zone".

Some other NATO member countries from the eastern flank, above all the Baltic states, have also called on the alliance to station permanent bases in their countries.

The Polish president chose Estonia as the destination of his first official foreign trip and he is to visit the Baltic country on August 23, which is a highly symbolic date for the countries of the region.

On this date in 1939, the Soviet Union and Nazi Germany signed the Molotov-Ribbentrop Pact on non-aggression between the two states.

The treaty also included a secret protocol on the division of territories in Central and Eastern Europe into Soviet and German spheres of influence.

The summit in Bucharest will precede a NATO summit involving the heads of state or government of all...