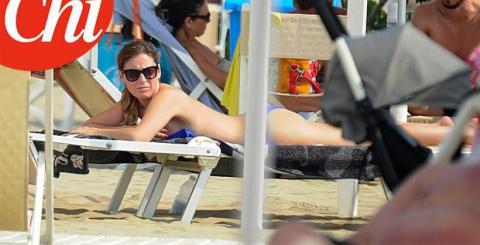 Italian Minister for Constitutional Reforms Maria Elena Boschi, was ‘snapped’ by paparazzi swimming topless on a beach in Tuscany. The 34-year-old politician, who in 2014 caused some controversy after making a public appeal to bear three children, always attracts the interest of photographers whenever she makes a public appearance. Italian tabloid magazine ‘Chi’ published photos of her topless enjoying her the sun at the tourist resort town of Versilia in Tuscany.