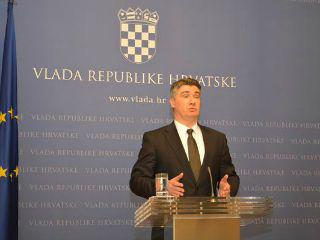 Months before the next parliamentary elections at the end of the year, Croatia's centre-left government on Thursday unveiled a new package of measures aimed at helping the poor.

Economy Minister Ivan Vrdoljak announced that a category of "vulnerable customers" will be created in terms of the energy system who will be protected from having their heating and lights cut off.

He said the money would come from a small solidarity tax paid by other consumers and would not therefore come from the state budget.

"This decision enters into force now, when the season of using energy for heating starts and people who are in need lack the means [to pay bills]", Prime Minister Zoran Milanovic explained.

He also added that categories of socially endangered citizens would be put into careful order, making it hard to "take advantage of the system.

"This is a struggle for people and not 'buying votes'; that's the way I see it," he concluded, attempting to head of claims of electioneering.

In the framework of its national strategy for tackling poverty, the Minister of Social Policies and Youth, Milanka Opacic, announced other new measures for fighting poverty.

"From September 1, we will ensure one hot meal daily for 17,500 schoolchildren," she said, adding that the measure would cost about 2.6 million euro.

Fresh help will also be provided for poor children who need extra help in learning, she said, which will be come from various associations.

The third project focuses on providing free transport for the elderly in remote and isolated regions, with no regular public transport.