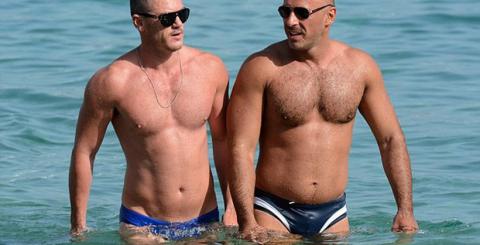 Hollywood actor Luke Evans’ new boyfriend angrily confronted a pair of paparazzi on a Mykonos beach this week, a scene captured by a TV crew that’s always on the standby on the “party isle’s” more elite beaches
The latest cinematic “Dracula”, the openly gay 36-year-old Welshman, was enjoying the sun, sand and surf on Mykonos’ cosmopolitan Elia beach when the incident occurred.
According to reports, the unnamed companion took his own photos of the paparazzi and reportedly issued a … threat or two in their direction.