Greek elections 2015: A rainbow of parties… but no pot of gold! 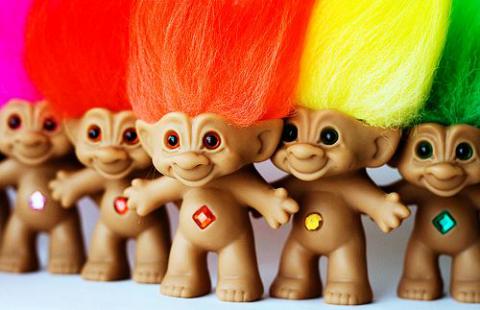 SYRIZA
The Radical Left Coalition (SYRIZA) formed in a golden year for Greece – 2004! It was created as an umbrella group with the Synaspismos (Coalition of the Left of Movements and Ecology) being the key component. The group’s leader Alexis Tsipras catapulted to the post of prime minister on January 25 when he was just 40. He originated from the youth wing of the Greek Communist Party (KKE), managing to get the vote of young people. He promised to end painful austerity, tear the bailout agreements, negotiate a debt write-off, offer free electricity to the poor and food stamps at schools so that everyone has free food. Instead, the leftist PM imposed capital controls on banks and signed the third bailout agreement, the harshest of the lot!

ND
The main opposition New Democracy (ND) party paid for years of austerity when it was ousted in January despite committing itself to keeping the country in the euro. Its decision to push ahead with plans to secure EU-IMF bailout funds did not sit well with the crippled nation. The party was founded in 1974 by the late great statesman Konstantinos Karamanlis. Vangelis Meimarakis, former Speaker of Hellenic Parliament (2012-2014), took over the helm of the party from former prime minister Antonis Samaras. His popularity has risen thanks to his low-key personality he managed to outshine Tsipras during the TV debate on September 9 and is proving a formidable challenger.

The River
To Potami (River) is a moderate centrist party formed in 2014 by Stavros Theodorakis. The 51-year-old TV journalist is vying for third place in the Greek election. The party is pro-European and urges Greece to meet its bailout commitments while reforming the public system.

GD
The neo-Nazi Golden Dawn party, once a band of hoodlums gained support during the economic crisis when in 2014 it gained the third highest share of the vote in the European Parliament’s elections. Party support shrank after the murder of an anti-racist rapper in September 2013 leading to the arrest of most of its deputies, including its leader Nikos Michaloliakos. The party is known for violent attacks against immigrants. The party is currently vying for third place in the Sept. 20 elections.

PASOK
The Panhellenic Socialist Movement (PASOK) is heading to elections with its new leader, Fofi Gennimata. The center-left socialists dominated Greek politics following World War 2. George Papandreou, son of the party founder Andreas Papandreou, was Greek PM at the height of the eurozone crisis but was forced to quit as PM in November 2011. He won on a campaign that stated that “There is money!” but instead imposed austerity measures that saw the party’s support haemorrhage. Weeks before the last elections ex-PM Papandreou announced the creation of the Movement of Democratic Socialists (Kinima) to contest election from former PASOK.

ANEL
Right-wing anti-austerity Independent Greeks (ANEL) are paying the price of having stood as a junior coalition member with SYRIZA following the January 25 elections. The party is led by Panos Kammenos, who broke off from the ND party. Kammenos has described Greece’s creditors as “foreign conquerors” and stands for conservative values. Against immigration and a social conservative, the only thing Kammenos shared with SYRIZA was the anti-austerity belief.

KKE
The Greek Communist Party (KKE) had been banned from politics until 1974 but was legalized when Greece entered its post-dictatorship democracy. Its supporters are blue-collar workers and lifelong Communists. The party has consistently refused to collaborate with other leftist parties.

Popular Unity
The left-wing anti-austerity Popular Unity Party of Greece was founded on August 21, 2015, after 25 parliamentarians formerly affiliated with SYRIZA left the party as a result of PM Alexis Tsipras’ handling of the Greek bailout agreement of 2015. The party is being led by the former energy minister Panagiotis Lafazanis, former alternate social security minister Dimitris Stratoulis and former alternate national defence minister costas Isychos. The name of the party was inspired by Unidad Popular, the Chilean political alliance led by Salvador Allende. What does the party want? Withdrawal from the eurozone, tearing up the bailout agreement and reinstating the drachma as Greece’s national currency.

Union of Centrists
The Union of Centrists was founded by Vassilis Leventis in 1992 as a continuation of the Center Union. It is striving to become “the political continuance of the centrist expression in Greece.” The influence of the party has been marginal, however current polls suggest that it may clear the 3% required for it to get voted into Greek Parliament.

ANTARSYA
The radical left ANTRSYA describes itself as “Front of the anti-capitalist, revolutionary, communist left and radical ecology”. It was founded in March 2009 in Athens by 10 organizations and independent militants from different left-wing groups ranging from the KKE to members of Maoist and Trotskyists.