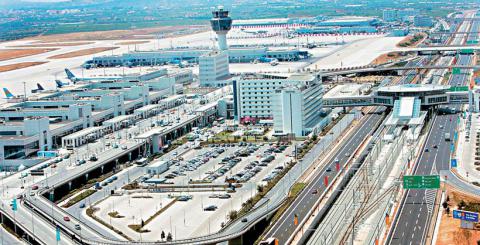 A Serbian man who was one of more than a dozen suspects convicted in the 2009 murder of a French football fan was arrested at Athens airport, authorities announced on Saturday.

Dejan Puzigaca, 34, was intercepted at Athens’ international airport on Wednesday when he arrived from Thailand via a stopover, police said.

He was reportedly dressed as an Orthodox monk and carried a fake Slovenian passport.

Interpol later informed Greek authorities that the fingerprints taken from the suspect matched the fugitive, who is wanted on an international arrest warrant for the murder in Belgrade of 28-year-old Brice Taton, a French national.

Puzigaca was sentenced to 32 years in abstentia by a Belgrade court for his role in the beating death of Taton.

A gang of hooligans attacked the Frenchman in a central Belgrade cafe and severely beat him with iron bars and baseball bats ahead of a Europa League football match between Partizan Beograd and the French side Toulouse.

Puzigaca and another assailant, Djordje Prelic, were given the stiffest prison sentences as they were believed to have led the attack.