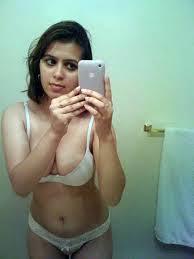 A college student near the Indian city of Hyderabad has been arrested for tricking female students into revealing secrets about their sex lives, before blackmailing them that he could post the chats if they didn’t send him nude pics!

The man, identified as one Abdul Majid, 21, posed as a young adult woman in various chatrooms favored by local college and high school students in the area.

Indian police said he extracted money from one victim and was sent nude pictures by as many as 80 victims. A cyber crimes unit arrested the engineering student after one parent contacted police.

Majid allegedly had up to six fake Facebook accounts in order to “phish” for potential victims by pretending to be a college co-ed that was “new” to the city and without friends.

“Most girls accepted the friend request thinking it was a girl. And he would build up the conversation cunningly with the victims, and then start chatting about sexual encounters. He would ask if they had such experiences. If they, too, start chatting explicitly about their experiences, he would take screenshots of the conversation and tell them that he would upload the same on their Facebook wall. He would then ask for nude photos, and if the victim refused, he would threaten to send the chat history to their parents,” according to Hyberabad police commissioner C.V. Anand.

A charge sheet also reports that he called up several victims over phone and threatened them.