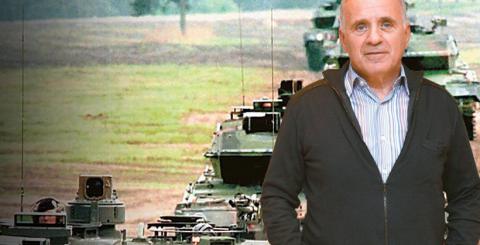 A well-known Greek businessman and high-profile representative of foreign defense manufacturers was arrested late Monday evening in Athens. Thomas Liakounakos was apprehended by police after an arrest warrant was issued in relation to charges stemming from a case involving a contract with the multinational Ericsson.

Additional information states that along with Liakounakos, a retired former high-ranking military officer was also taken into custody.

Liakounakos faces felony charges of bribery — both facilitating and receiving — as well as money laundering. He stands accused of managing as much as 1.6 million euros in bribes and kickbacks.

According to judicial sources, a prosecutor’s investigation claims that kickbacks were funneled to members of the defense ministry’s general weapons directorate via an off-shore company.

Liakounakos was the chief representative of the Athens-based firm Axon, which acted as an intermediary between the Greek state and the Swedish multinational in the purchase of a military-grade airborne radar system, called Erieye.

He was arrested at his residence in the upscale Filothei-Psychiko district and will appear before a magistrate on Tuesday.