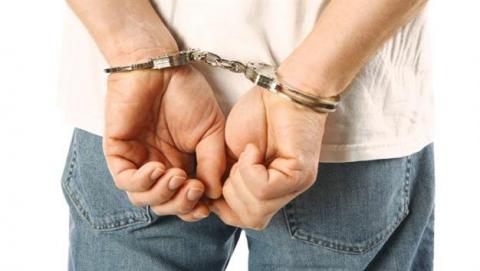 Five police officers face from one to three years in prison each for cuffing a young boy under the age 18, who protested Turkey's top higher education body in Ankara with others in March this year.

An indictment was prepared by the Ankara Chief Public Prosecutor's Office after the minor, identified as B.M., was cuffed when the five police officers detained a group of young people who were protested the Turkish education system outside a building of the Student Selection and Placement System (ÖSYM) located on the capital's Çetin Emeç Boulevard on Mar. 15.

The indictment, prepared by Ankara Chief Public Prosecutor Alpaslan Karabay, charged the officers with abusing power on duty, with a charge carrying a penalty of one to three years in prison.

Recalling Turkey's Children Protection Law, the indictment stated that chains, handcuffs and other similar items cannot be put on children.

"Necessary measures [such as handcuffing] can be taken by security forces only when the child suspect [under the age of 18] poses a threat to themselves and others," the indictment stated.

The five police officers identified by the initials, H.B., T.Y., T.?., B.K. and M.G., face one to three years in prison each on the charge of "abusing power on duty," the indictment dated Sept. 30 stated.

In mid-March this year, a group of students chained themselves to bars outside the ÖSYM building in Ankara to protest the Turkish education system. Police officers then stepped in and...