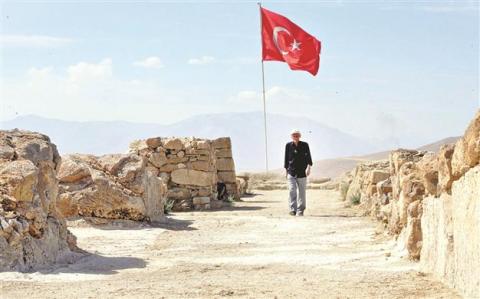 The Urartian-era Çavu?tepe Castle in the eastern province of Van's Gürp?nar district has had its worst year in terms of visitors compared to the last 53 years.

The castle, which was visited by nearly 30,000 tourists annually until last year, only received 1,500 visitors this year.

The watchmen of the castle for 53 years and one of the 32 people in the world who speaks Urartian, 75-year-old Mehmet Ku?man, said he had been extremely bored at the castle for months.

The castle was very popular among local and foreign tourists visiting the region. But this year, because of the country's terrorist acts, the number of visitors fell to a great extent.

Ku?man said, "There were [terror] events in the region in the past but the situation was not that bad. I am waiting in the castle every day, hoping to see a visitor. I spend my time by writing Urartian on the [castle] stones."

Top 10 restaurants for romance in Turkey

In photos: Bird attempts to perch on Erdo?an's...