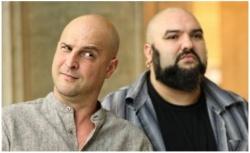 Svetoslav (Svetlyo) Vitkov and Ventsislav (Ventsi) Mitsov - these are not just two ordinary names of new municipal councilors in Sofia after local elections were held on Sunday.

Vitkov and Mitsov are the most prominent members of Hipodil, a punk-rock band set up in 1988 which many young people found appealing with its sometimes satirical, sometimes provocative (bordering on offensive, some say) or just funny lyrics. The name "Hipodil" was coined out of the Bulgarian words for "hippopotamus" and "crocodile". And here is just one of the band's oldies - one dedicated to Serbian actor and director Gojko Miti?.

In September 2011, around two months before Bulgaria's presidential race, Vitkov announced his bid - and ever since has been remembered for eccentric campaign posters and videos of his Glas Naroden ("Vox Populi") movement.

Vitkov moved in 2013 to turn Glas Naroden, then a civic movement, into a political party.

He didn't make it into Parliament in early elections last year, but, as in 2013, votes cast for him were beyond the 1% threshold granting a state subsidy to the respective party.