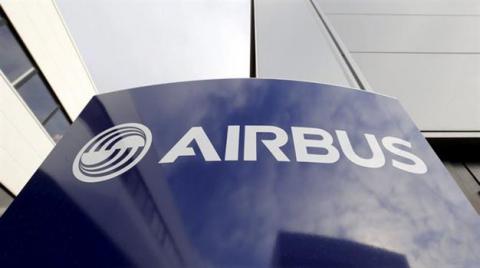 Shares in Airbus, the world's second-largest aerospace company behind Boeing Co, were up 2 percent at 60.87 euros by 08:45 GMT.

Airbus is battling its U.S. rival for dominance of the Chinese market, which Boeing estimates is worth $1 trillion over the next two decades.

Air China Ltd and other Chinese carriers are expanding fleets as the number of passengers travelling within China and overseas is set to triple over the next two decades.

To help secure more orders in China Airbus agreed in July to build a 150 million-euro completion center for A330 wide-body jets in Tianjin where it has already been assembling A320 narrow-body planes sold mostly to Chinese airlines.

The deal includes a firm order for 30 A330 jets, on which China had already taken an option in June.

The order allays fears that production of the wide-body jet, which faces competition from Boeing's newer 787 Dreamliner, may have to be cut again while Airbus prepares to introduce an upgraded model with new engines to boost sales.

"It is obviously good news, notably for the A330. This announcement will be a relief for investors as the risk of further cuts will move away once and for all," a Paris-based stock market trader said.

The order also includes 100 of the company's best-selling A320 family of medium-haul jets.

Both types of aircraft are a key source of cash for Airbus.

In September Boeing also signed a...