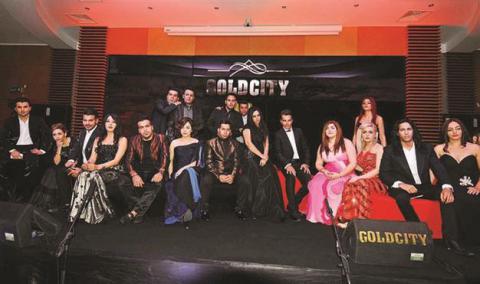 Initially some 400 people from Iran applied and participated in the competition in September. Only 20 out of the 400 applicants made it to the finals.

On the first night, eight of the contestants were eliminated, while only six out of the 12 left will make it to the last round of the competition. Out of the final six, one female and one male performer will be chosen by public voting as the new stars of Iran.

The original version of "Iran's next star" - American Idol - is an American singing competition series which started airing in 2002 and has spread across the globe, with local versions of the original format being produced. American Idol and its local versions aim at finding new solo recording artists, while a panel of judges who critique the contestants' performances usually decide on the winner. In some cases, the winner is also determined by a public vote via telephone or text.

8 funny responses to the 'thrones' that welcomed Merkel in Istanbul

Egypt thanks Turkey for efforts during D8 presidency