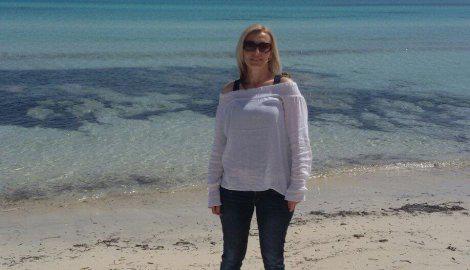 A liaison officer and a driver of the Serbian embassy in Libya were kidnapped on Sunday afternoon in Sabratha.

They were taken after a motorcade of cars, in which Serbian Ambassador Oliver Potezica was also traveling, came under attack.

The attackers also opened fire during the incident, injuring a Libyan citizen. The ambassador was unharmed. The kidnapped employees - liaison officer Liaison officer Sladjana Stankovic and driver Jovica Stepic - were traveling in a separate car.

The MFA said it was "doing all it can to gather more information and ensure a safe return for Serbian citizens despite the complicated situation in the field."

Serbian Prime Minister Aleksandar Vucic told the state broadcaster RTS that he had spoken with Libyan officials about the kidnapping and expected a positive outcome within 48 hours.

- The attackers first provoked an accident, hitting the embassy car from the back, so when the driver got out to see what had happened, they literally dragged him into one of their cars - Oliver Potezica told Tanjug.

AFP quoted him as saying the attackers, who were all masked, then asked the woman to get out and into their car before speeding off, and that that one attacker had opened fire on a Libyan citizen in the convoy and hit him in the leg.

The French agency said that Sabratha is considered "a bastion for extremists in...

Turkish, US presidential aides discuss ties, regional matters
The Most Dangerous Airspace To Fly Through (infographic)