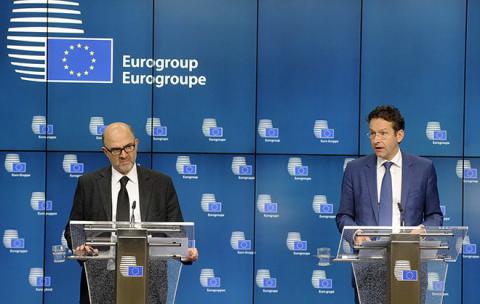 – A lot of progress has been achieved by Greece, good cooperation.

– Unresolved issues include the governance of banks and household insolvency with more work needed towards the recapitalization of Greek banks – a key milestone in the bailout deal.

– More work is needed before bailout funds are given.

– The Euro Working Group will be asked to reconvene by next week to assess if Greece has done enough to qualify for its tranche, following that the Eurogroup will assess the situation.

– We lost time during the election, but “to be fair to Greek colleagues” the bank recapitalization process is faster than we anticipated.

– 80% of milestones have been adopted

– Greek banking sector should take action on bad loans if it is to become healthy and credible.

– Regarding foreclosures, he suggests that some people are “strategic defaulters” and have chosen to stop servicing mortgages.

-Greece’s banks need less capital than previously feared, and funding to Greece will be lower than the 86 bln euro initially allocated to the country.

– 30-year bond for Greece was issued in October, a positive bond allowing for bonds to be locked in