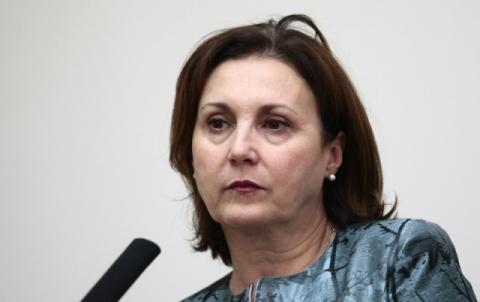 The reforms proposed by the Bulgarian government foresee the restructuring of the interior ministry.

This became clear in the explanations of Interior Minister Rumyana Bachvarova after her participation in a meeting of the parliamentary Internal Security and Public Order Committee on Tuesday.

The hearing of Bachvarova lasted for two and a half hours and remained closed to the media, daily Dnevnik informs.

Following the meeting, short statements were only made by the interior minister and the chairperson of the committee Atanas Atanasov, who identified the meeting as constructive and useful.

The meeting comes after last week's protests of police officers over the proposed cuts to their social benefits and remuneration.

The proposed cuts were initially tabled by the finance ministry, but were later withdrawn after the mounting discontent of policemen.

The topics of discussion at the meeting concerned mainly already well-known issues and planned reforms.

The proposed amendments, which are expected to enter into force next year, foresee setting up of a separate state enterprise - Center for delivering services, which will deal with all services provided by the ministry to citizens.

The courier service for secret documents will also be separated from the interior ministry and will be moved to the State Commission on Information Security.

The government had announced that it intends to pass deeper reforms and more serious restructuring of the ministry, but Bachvarova did not go into further details.

The administrative services will be excluded from the system of the interior...