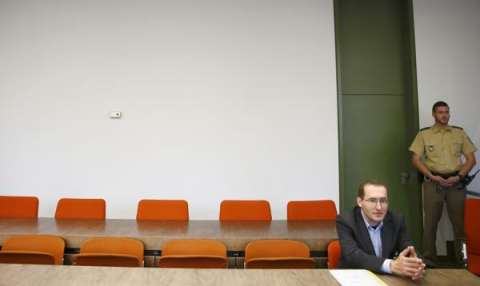 “Triple agent” spy Markus R. is standing as defendent after charges of treason. The 32-year-old former employee of Germany’s foreign intelligence agency (BND) arrived on Monday for his trial for espionage. The case is being tried in a courtroom in Munich, Germany.

The BND agent was arrested in 2014 on suspicion of spying for both U.S and Russian foreign intelligence agencies, after he sent an email containing secret documents to the Russian Consulate General in Munich, which he had previously sent to the CIA.

Both U.S. and German officials point to Markus R. as a “walk-in agent” – someone who presents himself on his own to a foreign spy service and dangles an offer of secrets.