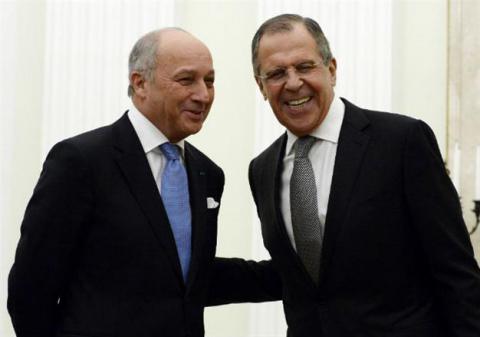 France's foreign minister said on Nov. 27 that troops loyal to Bashar al-Assad could be used to fight the Islamic State of Iraq and the Levant (ISIL) , but only in the framework of a political transition without the Syrian President, as France and Russia has agreed to coordinate strikes against ISIL.

"Troops on the ground cannot be ours, but [there can be] Syrian soldiers from the Free Syrian Army, Sunni Arab states, and why not regime troops," French Prime Minister Laurent Fabius told RTL radio on Nov. 27 without specifying whether he meant immediately or in the long-term.

Clarifying Fabius' comments, an official in his entourage said the minister was reiterating France's long-standing position that there could be no cooperation with Syrian government forces to battle ISIL until a unity government was in place.

"It could only happen in the framework of a political transition and Fabius stresses that this transition is urgent and indispensable," the official said.

A day before Fabius' remarks, French President Francois Hollande and his Russian counterpart Vladimir Putin agreed to coordinate strikes against ISIL and share information on who to strike.

"The strikes against Daesh [ISIL] will be intensified and be the object of coordination," Hollande said at a press conference with Putin, adding that the strikes would focus on the transportation of oil.

"We today agreed to intensify our joint work on the anti-terrorist track, to improve the exchange of information in the fight with terrorism, establish constructive work between our military specialists," Putin said.

"We have agreed... that we will exchange information about which territories are occupied by the healthy part of the opposition rather...