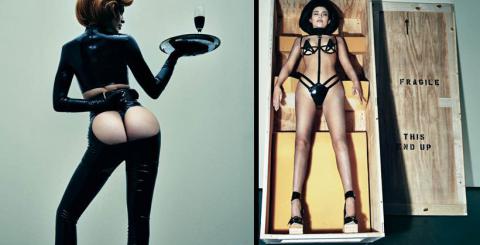 The 18-year-old reality star seems determined to set to break the internet and poses wearing racy outfits for the December/January double issue of Interview magazine, shot by Steven Klein.

During her interview Kylie Jenner revealed that she has been trying different styles since she was 16 adding that one she had short blue hair.