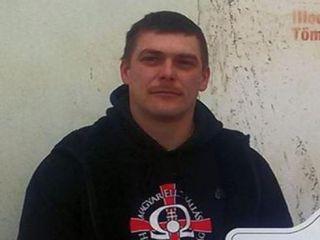 Beke Istvan Attila, an ethnic Hungarian citizen of Romania, was remanded in custody for 30 days on Tuesday after being accused of "attempted crimes against the constitutional order and the non-observance the of explosive materials regime".

He was accused of planning to detonate a home-made explosive device in the Transylvanian town of Targu Secuiesc/Kézdivásárhely during Romania's National Day ceremonies on Tuesday, according to the Directorate for Investigating Organized Crime and Terrorism, DIICOT.

During a raid at his house, some 400 items were seized, most of them "capable of endangering citizens", according to DIICOT. It was not made clear when the raid took place.

According to media reports, he is a member of a Hungarian ultra-nationalist group called 64 de comitate, which wants to recreate the old borders of Hungary, which included Transylvania.

The movement is named in memory of a Greater Hungary, which was divided into 64 counties.

The Democratic Union of Hungarians in Romania, UDMR, the main party representing Romania's well-organised Hungarian community, called for more information on the case to be revealed.

"We are against any type of violence and condemn any extremist measure, which could negatively influence relations between our communities... On the other hand, we hope the investigation in this case is fair and impartial," said Kelemen Hunor, UDMR's president.

Doubts about the case were raised by other members of the country's Hungarian community.

"Why should an ethnic Hungarian have planned to detonate a bomb in the center of a small Transylvanian town, inhabited almost exclusively by Hungarians?" asked lawyer Gyorgy Frunda.

"Besides, why DIICOT just made the announcement on December 1, while...