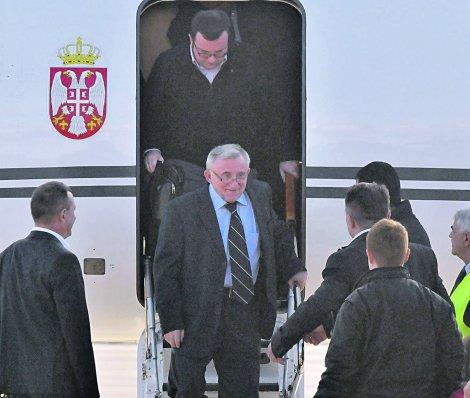 Aleksandar Vulin has said that Serbia was "no longer a country that turns its head from its generals-heroes, but one that is proud of them."

Lazarevic was convicted by the Hague Tribunal and released yesterday after serving two thirds of his sentence. He returned to Serbia on a government plane, accompanied by the country's ministers of justice and defense.

Vulin said he was proud that Lazarevic is finally free man, "because he fought for his country heroically."

"The state welcomed him and that is how it should be, this is no longer a country that turns its head from its generals-heroes, but one that is proud of them."

Lazarevic turned himself in to the Hague voluntarily in 2005. Four years later he was sentenced to 15 years in prison - reduced to 14 years on appeal.

The court found him guilty on command responsibility for the crimes committed against ethnic Albanians in Kosovo in 1999, when he was the commander of the VJ Pristina Corps.

Bulgaria to EU Council: National Assembly Resolution on Republic of North Macedonia Is in Effect