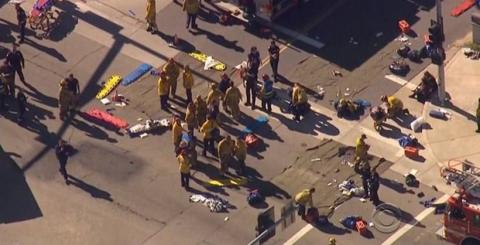 The FBI is now officially investigating the mass shooting at San Bernardino, California as an “act of terrorism” after determining that there was “extensive planning” involved with the attack.

“As of today, based on the information and the facts as we know them, we are now investigating this as an act of terrorism,” David Bowdich, assistant director of the FBI Los Angeles, said at a news conference Friday afternoon.

Bowdich noted today that investigators had found two broken cellphones. They believe that this show the couple was actively trying to cover their tracks.

“We have retained those cellphones and we do continue to exploit the data from the cellphones,” Bowdich said. “We do hope that the digital fingerprints that were left by these two individuals will take us towards their motivation. That evidence is incredibly important.”