State aid: EC approves aid for National Bank of Greece on the basis of an amended restructuring plan 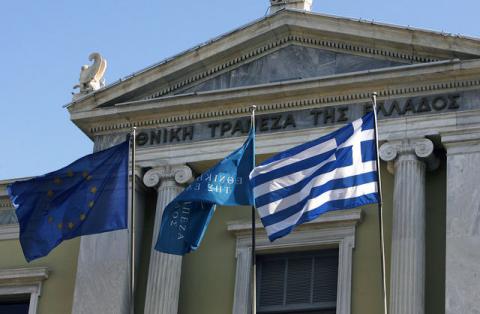 The Commission concluded that the measures already implemented as part of the bank’s existing restructuring plan of July 2014, in addition to those envisaged in the amended plan, will enable National Bank of Greece to ensure lending to the Greek economy in line with EU state aid rules, in particular the “2013 Banking Communication”, and the Bank Recovery and Resolution Directive.

National Bank of Greece is one of the largest banks in Greece. EU Commissioner in charge of competition policy, Margrethe Vestager, said: “The recapitalisation of National Bank of Greece concludes the efforts of the four largest Greek banks to address capital shortfalls identified by the European banking supervisor. The significant private capital raised reduced the need for injections of public money. By continuing their restructuring the banks are now on a clear path towards long-term viability. They can refocus on lending to Greek businesses and continue supporting the recovery of the Greek economy.”

Commissioner for Economic and Financial Affairs, Taxation and Customs, Pierre Moscovici, said: “With the completion of the recapitalisation of Greece’s four systemic banks and the very significant private sector participation, a further element of uncertainty has been removed. This development is a positive step towards securing a sustainable return of confidence in Greece. It is also good news that the financing needs for Greece’s largest banks will be well below the ceiling agreed in August.”

As part of the third economic adjustment programme, on 31 October 2015, the comprehensive assessment carried out by the Single Supervisory Mechanism (SSM) to ensure that the four systemic Greek banks are adequately capitalised identified a capital shortfall of €4.6 billion for National Bank of Greece.

National Bank of Greece has succeeded in covering in total €1.8 billion of this capital needs by private means (existing creditors, through voluntary and mandatory exchange of their notes for new shares, and new investors through international and Greek offerings). As agreed as part of the third economic adjustment programme, junior and senior bondholders that did not participate in the voluntary exchange will have their debt converted into equity before any public capital is injected. Furthermore, the SSM also approved additional internal capital actions of the bank of €120 million stemming from its positive 3rd quarter results. This means that National Bank of Greece has raised sufficient capital from private investors to cover its asset quality review and baseline scenario capital needs under the SSM’s comprehensive assessment. The level of private capital is a sign of market confidence in the restoration of the long-term viability of this bank. It also shows that contributions by junior and senior bondholders can significantly reduce the need for injections of taxpayer money to support banks, whilst preserving financial stability.

The remaining balance of the capital needs amounting to €2.71 billion (as identified in the so-called stressed scenario of the SSM’s comprehensive assessment) will be covered by state aid injected by the Hellenic Financial Stability Fund (HFSF). This will take the form of a combination of share capital and contingent convertible capital instruments. The funding will be provided by the European Stability Mechanism (ESM) in the framework of the economic adjustment programme agreed with Greece with €10 billion funding made available to cover potential capital needs of the banking sector.

On this basis, the Greek authorities proposed changes to National Bank of Greece’s restructuring plan approved in July 2014 in addition to the extensive restructuring already implemented. These changes include a deepening of the bank’s operational restructuring and some amendments of deadlines in response to the changes in the bank’s macroeconomic situation, as well as a commitment to further dispose of non-core assets outside of Greece. Subject to approval by the SSM, proceeds from the sale of foreign assets will be used to repay the contingent convertible capital instruments injected by the HFSF. The Commission took into account the fact that most of National Bank of Greece’s difficulties did not come from excessive risk taking but from the uncertainty and the events that led to the agreement of the third economic adjustment programme for Greece in August. Therefore, it found the measures proposed in the revised restructuring plan are sufficient to limit distortions of competition as a result of the state aid and, in particular, requested no downsizing in the bank’s core bank lending activities in Greece.

As part of its state aid decision, the Commission has also verified that the capital injection by the HFSF can be granted as a precautionary recapitalisation within the meaning of the Bank Resolution and Recovery Directive (BRRD). It concluded that all the conditions of the BRRD to grant the aid without having to put the bank into resolution were met.

The Commission approved restructuring plans for National Bank of Greece in July 2014. Despite positive signs over the course of 2014, the events that led to the agreement of a European Stability Mechanism (ESM) support programme for Greece in August 2015 significantly changed the situation on the ground and projections on the basis of which the restructuring plans were approved. In October 2015, the European Central Bank’s Single Supervisory Mechanism (SSM) carried out a comprehensive assessment of the four systemic Greek banks to ensure they are adequately capitalised. The Commission approved amended restructuring plans for Alpha Bank and Eurobank on 25 November 2015 and for Piraeus Bank on 29 November 2015.

On 24 November 2015, the Eurogroup issued a Statement noting that the policy conditions have been met for the transfer from the ESM to the HFSF of the funds needed for bank recapitalisation purposes. The funds will be transferred on a case by case basis, depending on the individual needs of the respective banks. On 1 December 2015, the Board of Directors of the ESM approved the €2.72 billion disbursement to recapitalise Piraeus Bank.

Under EU state aid rules, additional capital requirements should in the first place be covered from the market and/or other private sources. If this is not sufficient and a bank needs state aid in the form of a capital injection, such support has to be approved under EU state aid rules before it is granted, and on the basis of a restructuring plan. Furthermore, under the Bank Resolution and Recovery Directive, a bank in need of State aid has to be put in resolution. Only in narrowly defined exceptional conditions can State aid be provided to a bank outside resolution. Such exception defined in Article 32(4)(d)(iii) BRRD is referred to as “precautionary recapitalisation”.

Next phase for growth in lignite areas
Greek Archbishop Ieronymos: Islam is not a religion but a political ideology of conquest

Greece still in the grip of cold weather

Greece still in the grip of cold weather; some schools in Attica to close Mon