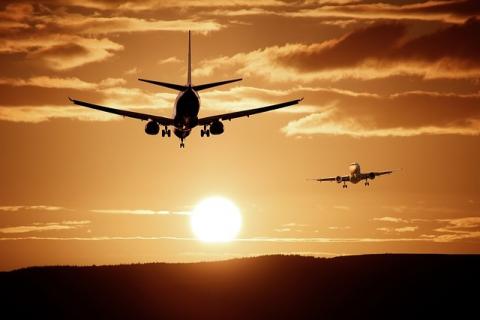 The European Commission adopted on Monday a new Aviation Strategy for Europe aiming to boost the continent's economy, strengthen its industrial base and reinforce its leadership position in the world.

A strong and outward-looking aviation sector will not only benefit businesses, but also European citizens by offering more connections to the rest of the world at lower prices, the EU executive body said in a news release.

Commission Vice-President for Energy-Union Maros Sefcovic commented: "Competitive and efficient aviation is central to Europe's growth. This new Aviation Strategy creates a framework that will enable European aviation to maintain its global leadership. It also confirms the pioneering commitment of Europe to sustainable aviation, a highly topical issue as the world has its eyes on Paris for the COP21".

EU Commissioner for Transport Violeta Bulc added: "European aviation is facing a number of challenges and today's Strategy sets out a comprehensive and ambitious action-plan to keep the sector ahead of the curve."

Aviation is a strong driver of economic growth, jobs, trade and mobility for the European Union and plays a crucial role in the EU economy. The sector employs almost two million people in the EU and is worth EUR 110 B to Europe's economy. The main challenge for the growth of EU aviation is to address the capacity, efficiency and connectivity constraints, the Commssion said.

The fragmentation of the European airspace costs at least EUR 5 B a year and up to 50 million tonnes of carbon dioxide. Moreover, capacity constraints at EU airports could cost up to 818,000 jobs by 2035.

"Now is therefore the time for the EU to plan for future air travel demand and avoid congestion," the Commission...