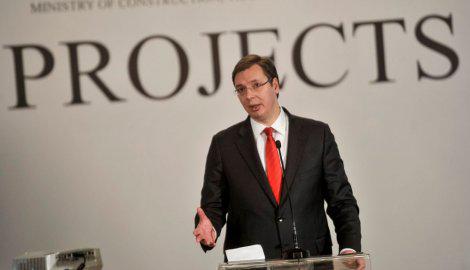 Aleksandar Vucic says that "by the end of 2016, or no later than early 2017" Serbia would have "more kilometers of highway than neighboring Croatia."

"In March 2017, Serbia should for the first time overtake Croatia by the number of kilometers of highway they have, and Croatia is a superpower in terms of the number of highways. This is no small matter for our country," the prime minister stated.

He spoke on Wednesday during a presentation of a book on infrastructure projects at the Ministry of Construction, Transport and Infrastructure.

He said that Corridors 10 and 11 would be completed in 2017 and that railway overhauls were also among the projects planned.

Vucic said that 2015 was a difficult year in terms of both foreign policy and economy, but deficit was still lower than planned and unemployment was reduced.