Greek director’s ‘Gods of Egypt’ slammed for being too Greek! (see trailer) 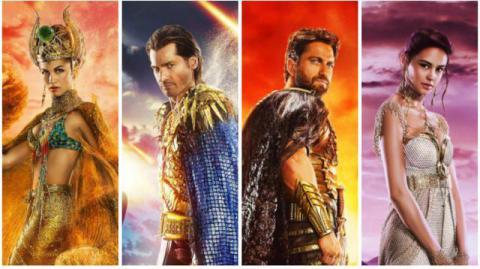 Born to Greek parents in Egypt but raised in Australia, director Alex Proyas may be forgiven for being left a little confused. His Gods of Egypt trailer sparked controversy that lead both the director and Lionsgate to release an apologetic statement that concedes that the film has failed to live up to their “standards of sensitivity and diversity.”

The film follows a mortal named Bek (Brenton Thwaites) who is forced to align with god Horus (Nikolaj Coster-Waldaw) when Set (Gerard Butler) gains control of Egypt. It keeps in line with Proyas interest in futuristic-styled settings as a battle between Earth, the heavens and the afterlife ensues.

Fans, however, are not impressed by the movie. They stated that ancient Egyptians did not look like Anglo-Saxon Hollywood stars and also argued that the film touched more on ancient Greece and European gods than Egyptian gods. A number of people stated that Egyptians definitely weren’t white people with curly blond locks and pointed out that the casting was off – a leftover from Fifties Hollywood.

We recognise that it is our responsibility to help ensure that casting decisions reflect the diversity and culture of the time periods portrayed. In this instance we failed to live up to our own standards of sensitivity and diversity, for which we sincerely apologise. Lionsgate is deeply committed to making films that reflect the diversity of our audiences. We have, can and will continue to do better.

Of course, conspiracy theorists are having a field day giving their own interpretations of the matter:

Foreign Job Seekers Will Have to Apply for Visa to Work in UK
MAE: Minister Aurescu to participate in NATO foreign ministers' meeting, December 1 - 2