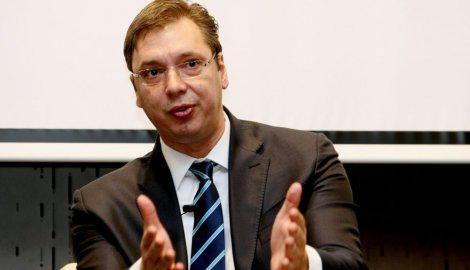 The Serbian government on Friday morning postponed its decision pn the privatization of Telekom Srbija for 16:00 CET the same day, PM Aleksandar Vucic has said.

But Vucic did not rule out the possibility that a final decision, which he said was very difficult to make, might be postponed for Monday.

The government offered a 58-percent stake in the state-owned telecommunications company for sale, and received six bids that were opened in late November, but not disclosed to the public.

Speaking today, the prime minister said that the best offer came from "Americans."

Vucic also said that the investor "counts on having problems once they take over Telekom because of what has been agreed with the employees and the unions, as well as other problems they would face after taking over the company."

This, said Vucic, "partially contributed to the lowering of the price."