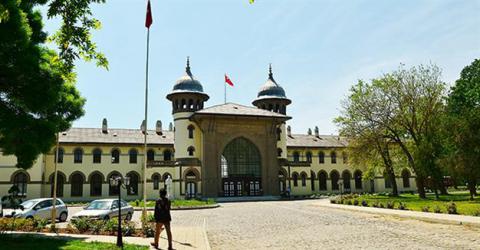 An investigation has been launched into a theology professor at Trakya University for downloading and storing child pornography after the provincial police department in Edirne was tipped off by the FBI.

After an investigation into the IP address in question, the suspect was identified as a professor at Trakya University in northwestern Turkey. Identified only by his initials, Professor H.S. was a teacher of theology, Turkey's private broadcaster NTV reported.

H.S.' laptop and desktop were seized by officials from the cybercrimes division. An initial investigation into the devices revealed that large numbers of images pertaining to child pornography were stored inside the computers, which will serve as lead evidence in the investigation.

Meanwhile, a reporter from Do?an News Agency established contact with the suspect in order to inquire about the investigation. Reports indicate the suspect declined to comment, saying he was in class.

The FBI has a special "Violent Crimes Against Children" unit that investigates different types of crimes including the trafficking of child pornography.

The Violent Crimes Against Children International Task Force (VCACITF) is international in scope with over 100 task forces in more than 40 countries transferring information and coordinate law enforcement agencies to tackle the problem of online child exploitation.

In Photos: US defense chief visits ?ncirlik base as part of tour to boost regional support against ISIL

In photos: Turkey commemorates Rumi with 'Night of Union' ceremony in Konya