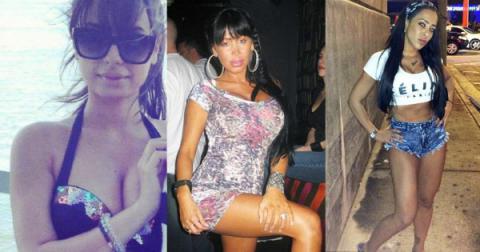 Ex-stripper Samantha Barbash, aged 40, was the mastermind of a plot that involved slipping MDMA and ketamine into the drinks of Wall Street bankers before stripping them off their money. The gang of exotic dancers at Scores nightclub singled out the most badly-behaved clients who were duped with very little dancing and absolutely no sex. The men passed out as their plastic cards were emptied. When they came to they were faced to pay enormous bills but kept quiet to avoid letting their wives and girlfriends know what they’d been up to.

Confused clients questioned the girls, however the  exotic dancers just smiled knowingly, with vague statements such as: “You were so happy?” “Don’t you remember?” “You were tipping everybody!”

The thefts were made through tips of a percentage spent at the club, however one victim – New Jersey doctor Zyad Younan – claimed that he had been drugged and stripped of $135,000. That was the start of the end for the scam in April 2014 when an investigation kicked off.

Once caught out, the buxom crooks felt no remorse and said that they specifically targeted wealthy “a-holes”. They were men who showed up acting like douchebags looking for a good time even though they were usually married.

Mastermind Barbash says that they only preyed on clients who treated them badly. “That’s why I think we got greedy. Because of the amount of stress we had to endure. We’re just like, ‘You know what — these people are f–k­ing pissing me off. Just for that, I’m going to max out his credit card, like a penalty. You’re going to be left with a zero balance. Zero credit line. Just for being annoying,’” said Roselyn Keo, one of the vindictive vixens, in an interview with New York Post. “It sounds so bad to say that we were, like, drugging people. But it was, like, normal.”

“There’s something extra satisfying about persuading a man who thinks you’re trash to spend his time and money on you,” says Keo. “Preferably so much that in the end, they hate themselves. It’s like, ‘Who doesn’t have any self-respect now, mother­f–ker?’