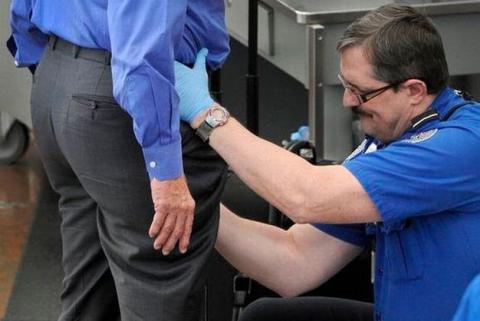 A transgender passenger was forced to remove a prosthetic penis for inspection while going through airport security.

He said he went through a body scanner at the airport which picked up the prosthetic he was wearing in his underwear, as Daily Mail reports.

‘I explained to the officer at the scanner that I am trans and that I was wearing a prosthetic, to which he responded that he would need to get his supervisor,’ the transgender passenger said.

‘In full view of other travellers, the Supervisor approached me putting rubber gloves on. He seemed more concerned with displaying his authority and making a spectacle out of the situation.’

‘When I asked him what the gloves were for, he told me that he was going to do a ‘private search’.

‘Not only did this make me feel incredibly uneasy, and anxious, but it was demeaning and unnecessary.’

Then, two security officers took the passenger into a small room and made him sign a form before conducting the body search.

The supervisor proceeded to put on a second glove and when asked why, he replied: ‘You want me to touch that thing with my bare hands?’.

The transgender person placed the prosthetic penis on a tray and the supervisor then searched him.

‘Once he was satisfied, he turned around and opened the door for me to leave – my prosthetic still sitting in the tray,’ the passenger added.

‘I asked him to close the door so that I could have some privacy as I placed my prosthetic back in place.

‘He closed the door and both men stood watching me as I put it back in place’.

The passenger has submitted a complaint through the National LGBTI Health Alliance to a Senate committee inquiry on airport and aviation security.