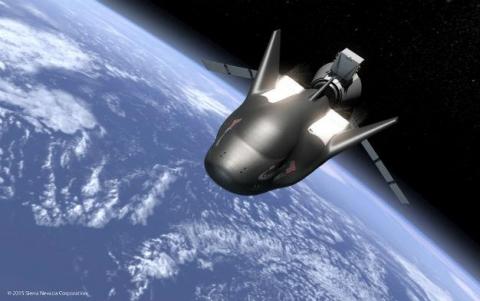 Sierra Nevada Corp., owned by two Turkish entrepreneurs, will conduct a minimum of six cargo delivery missions to and from the International Space Station (ISS) under a contract it won from NASA, according to a statement released on Jan. 14. The missions will use SNC's Dream Chaser Cargo System.

NASA's selection of SNC for its Commercial Resupply Services 2 (CRS2) program will enable spacecraft reusability and runway landings for United States' cargo delivery and access to the ISS through 2024, according to the statement.

"SNC is honored to be selected by NASA for this critical U.S. program," said Eren Özmen.

"In such a major competition, we are truly humbled by the show of confidence in SNC and look forward to successfully demonstrating the extensive capabilities of the Dream Chaser spacecraft to the world. SNC's receipt of this award is an American dream comes true for all of us. We thank NASA, the administration and Congress for recognizing the importance of this vital program by supporting the CRS2 contract," she said.

SNC is the owner and prime operator of the reusable Dream Chaser spacecraft, which has been in development for over 10 years, including six years as part of NASA's Commercial Crew Program and leverages over 40 years of NASA development and space shuttle heritage, added the statement.