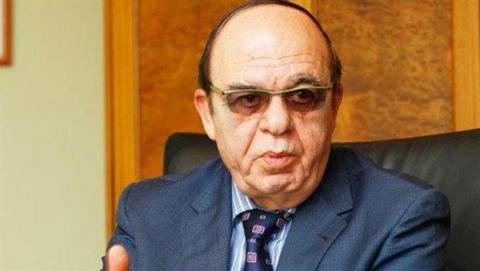 Haifawi, whose name remained confidential during the investigation and who had not filed any charges against the duo, confirmed his identity to daily Hürriyet. He hesitated to appeal to the police after the fraud, as he was convinced by an advisor not to do so.

Haifawi, a 77-year-old who opened Turkey's first private hospital in the 1980s, said he had sent the money to the suspects on his own will for investment purposes.

The paths of Haifawi and Laura Lee Sorsby, one of the suspects, crossed when they decided to launch a hospital in Syria, which was preparing to open its doors to private firms in 2009.

The project was later canceled but Sorsby succeeded in winning back Haifawi's confidence, mainly due to his ties to prominent names such as former U.S. Gen. Wesley Clark and former Arkansas Gov. Jim Guy Tucker.

Nagy Shehata then joined the pair to take part in a shopping mall project in the Turkish capital Ankara.

Upon a deal, Haifawi transferred 6 million euros in two transactions to Sorsby and Shehata for the preliminary costs of the project in 2010, promising to start the construction work within two months.

However, the construction never began and Haifawi was avoided by the suspects for five years, according to Mehmet ?evki Can, an Istanbul-based advisor who introduced Haifawi to Sorsby.

The case remained unsolved until the FBI contacted Haifawi in 2015. The bureau detained Sorsby and Shehata for defrauding Haifawi on Dec. 17, 2015. According to the indictment, the pair now faces 20...