Bulgaria Retained Its Level of Freedom in 2015 - Freedom House 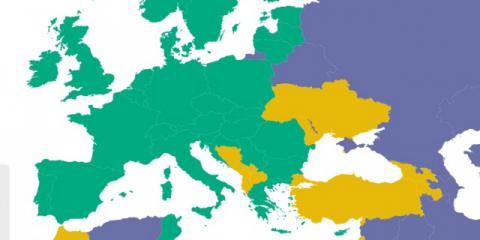 According to the latest Freedom in the World report of Freedom House released on Wednesday, freedom in Bulgaria did not make a progress in 2015.

Bulgaria continued to be identified as a free country, with a freedom rating of 2 on a scale from 1 to 7 where 1 represent most free and 7 stands for least free.

Bulgaria scored a 2 both on political rights and civil liberties, while its aggregate score was 80 on a scale from 0 to 100 where 0 stands for worst and 100 represents best.

Bulgaria has retained this level of freedom since 2009.

Freedom House assesses the state of freedom in 195 countries and fifteen territories by 25 indicators.

The latest report shows that 40 % of the world's population were free, 24 % were partly free, while 36 % were not free, with global freedom recording a decline for a tenth consecutive year.

In 2015, freedom declined in 72 countries, representing the largest decline in the past ten years, with only 43 states making progress.

In the past ten years, a total of 105 countries experienced net decline, with only 61 states recording net improvement.

The ongoing conflict in Syria, the unprecedented refugee wave in Europe and terrorist attacks were the main challenges to freedom in 2015.

Turkey, US share common vision for Syria: US Syria envoy