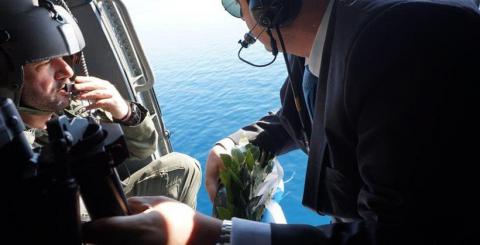 Two Turkish fighters violated Greek airspace flying over Kalolimnos while Greek Minister of Defence Panos Kammenos was also flying over Imia in order to commemorate the three heroes of the Navy who lost their lives 20 years ago during the Imia crisis.

According to a statement released by Greek Ministry of National Defence  at 10:45 am on Thursday “a pair of Turkish F-16 entered the FIR and flew over the island of Kalolimnos at 26,000 feet”.

The Turkish F-16 remained in the Greek airspace for about one minute and at 10:46 they exited Athens FIR. According to the statement, the Turkish aircrafts were identified and intercepted, according to international rules and established practice.

Lost city of Alexander the Great is found in Iraq using US spy footage of the area captured in the 1960s!
MEGA - Δέσποινα Βανδή: Η πρώτη ανάρτησή της για το «My Greece»