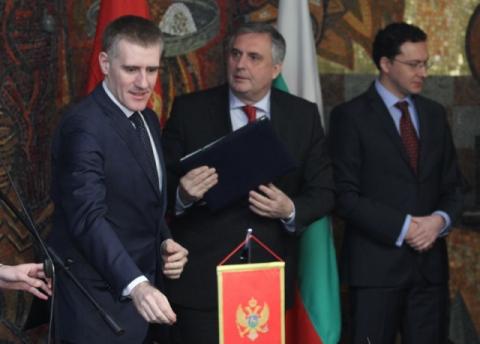 Kalfin is one of the Bulgarian officials who met Igor Luksic, Montenegro's Foreign Minister, during his visit to Sofia.

After the two held a conversation he said that, under the new agreement, which is first to be ratified by parliaments in both Sofia and Montenegro, will help citizens of one of the countries to keep their social insurance and social payment when moving to the other country.

This is the first step toward "free movement of citizens of the two countries" and toward Montenegro's success in the negotiations of Chapter 19 of its EU accession treaty, Focus News Agency quotes Kalfin as saying.

Bulgaria's Foreign Minister Daniel Mitov for his part encouraged the Montenegrin top diplomat to continue reform in areas such as defense and the rule of law, promising that Sofia would ratify the country's NATO membership agreement "as quickly as possible".

He added the two countries were working toward an agreement to boost cross-border investment and economic activity.

Luksic said in a statement after the meetings that Montenegro hopes to boost cooperation in tourism and agriculture, adding that bilateral relations are growing into a "true partnership".