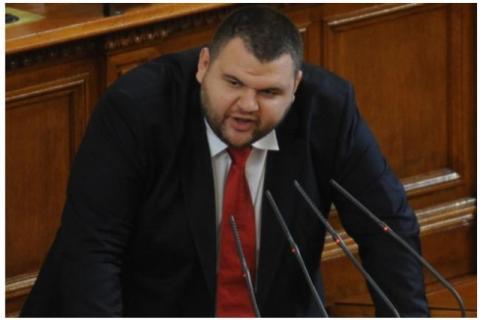 Like nobody else in Bulgaria MP Delyan Peevski "embodies the oligarchic system of clientelism," Der Spiegel says in a recent article.

Peevski is "the most flamboyant" Bulgarian politician, with supporters calling him "a child prodigy" and critics tying his success to close relations with the "political mafia," Der Spiegel writes [DE].

He is also "one of the most controversial personalities in Bulgaria's public life".

A look into the career of Peevski, 35, an MP with predominantly ethnic Turk Movement for Rights and Freedoms (DPS), "tells much of the levels of development and the mechanisms of the Bulgarian democracy and market economy," the weekly writes.

His work at Parliament began back when he was aged 21, when he was appointed as the legislature's Secretary on Transport and subsequently as head of business activities at the Port of Varna, Bulgaria's biggest Black Sea port, without having completed his studies.

Four years later, under the cabinet of now PES President Sergey Stanishev, he was appointed Deputy Minister of Emergencies.

The contribution of his mother, Irena Krasteva, to his wellbeing has also been cited, with Krasteva purchasing in 2007 several newspapers which helped her build a media empire. Her "Balkan Media Holding" is nowadays thought to be "one of leading media concerns of the country" even though her publications are not exactly know for holding on to journalism ehtinc and standards, Der Spiegel argues.

The current Parliament is the third one which Peevski is part of since he joined the DPS in 2009. The 2013 protests that erupted after his appointment to the national domestic and counter-intelligence agency DANS are also cited, with the demonstrations of tens of thousands forcing Parliament to...