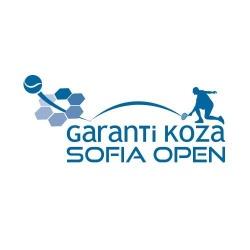 For the first time in history, Bulgaria hosts a tournament from the ATP World Tour.

The first edition of Garanti Koza Sofia Open began on Monday and will last until Sunday, with the Arena Armeec hall being the venue for the matches.

The draw took place on Saturday, qualifications followed on Saturday and Sunday and the matches from the first round began on Monday.

Both Kuzmanov and Lazov were granted wild cards and will make their debut appearances at a tournament from the ATP World Tour.

In the first round, Kuzmanov will face Ricardas Berankis from Lithuania, while Lazov will play with Martin Klizan from Slovakia.

The third Bulgarian who had been granted a wild card, Alexandar Lazarov, was defeated in the qualifications.

The highest ranking Bulgarian male tennis player Grigor Dimitrov is not participating in the tournament.

In the opening match of the tournament on Monday, Lukas Rosol from the Czech Republic defeated Robin Haase from the Netherlands with 3:6, 6:3, 6:4.

Among the other players are Guillermo Garcia-Lopez, Andreas Seppi, Gilles Muller, Mikhail Youzhny.

Tickets for the tournament can be purchased in the network of Eventim (online at eventim.bg), with the prices ranging from BGN 10 to BGN 200 depending on the seating arrangement and the day.

The matches from the tournament will be broadcasted in 137 countries.