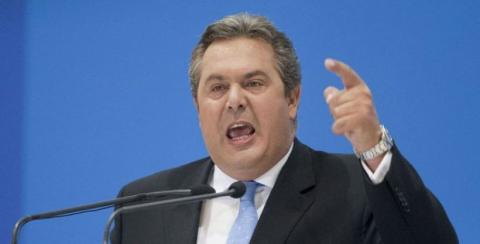 The head of the junior party in Greece’s ruling coalition, Independent Greeks (ANEL) leader and Defence Minister Panos Kammenos, warned in an interview with “RealNews” on Sunday that if the institutions “insisted on unreasonable demands”, then early elections could possibly be conducted.

“If there are unreasonable demands that cannot be accepted by the Greek people, the Greek people will once again have their say,” he said, though noting that the Greek citizens had ‘spoken’ only recently and should do so again in 2019, when the next elections were due.

Regarding the refugee issue, Kammenos said he was certain that Greece will not be pushed out of the Schengen zone and that “all those using such scenarios will once again be proved wrong.”