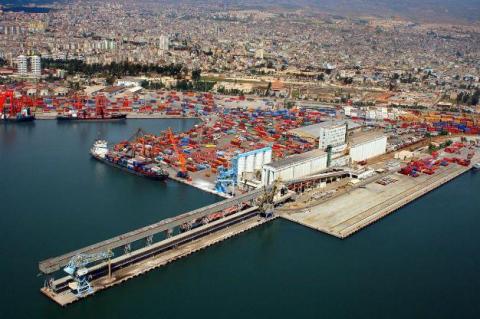 The deficit narrowed by almost $1.6 billion in December 2015 to $5.07 billion, compared to $6.8 billion in the same month of the previous year, the Bank stated.

"The improvement in the current account mainly stemmed from the balance of goods item, which decreased by $1.9 billion from December 2014," the Bank said.

Turkey's services surplus fell by $171 million to $611 million, while the primary income deficit stood at $839 million.

Economist Haluk Bürümcekçi said the sharp drop in the foreign trade deficit in December was the main driver of the improvement, adding that lower energy imports were also good for the current account deficit.

Bürümcekçi forecast that the end-of-year deficit for 2016 would stand at around $38 billion.

The slump in crude oil prices also helped Turkey record its smallest trade deficit in six years. The trade gap fell to $6.18 billion in the last month of 2015 from $8.5 billion a year earlier.