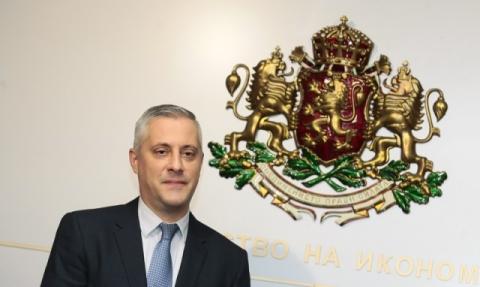 Bulgaria will file claims before the European Union for losses arising from the continuing blockades staged by Greek farmers at checkpoints along the Bulgarian-Greek border.

This was stated by Bulgarian Economy Minister Bozhidar Lukarski in Plovdiv on Thursday, Darik radio informs.

Lukarski pointed out that with blockades on both sides of the borders, losses will only increase and will spread to other sectors of the economy rather than just transport and logistics.

According to estimates, Bulgarian truck drivers have incurred losses in excess of EUR 10 M as of Wednesday.

However exact calculations are forthcoming as the losses are to reflect on other sectors of economy with time.

According to him, in order for the blockade to be lifted, the Greek government should seek an active dialogue with the protesting farmers.

An active involvement of the agriculture and transport ministries is needed, but so far the Greek government has remained passive.

Tensions at the border have been running high in the past four weeks as Greek farmers have been staging blockades in a protest against proposed increases of tax and pension contributions.

On Tuesday, Bulgarian truck drivers staged counter-blockade after Greek farmers had failed to keep to their promise to lift the blockade for certain hours to avoid the queuing up of trucks.

Bulgarian drivers are determined to stay at the border until Greek authorities solve the problem completely and they are gradually blocking checkpoints.

As of Thursday, Kulata, Ilinden, Kapitan Petko Voyvoda and Makaza checkpoints are closed to all traffic, while the passage of cars and minibuses is possible through Zlatograd and Ivaylovgrad crossings.

However it is expected that the...