‘Please hurry up, help Pantelis, he is seriously hurt’ said one of the women on the car 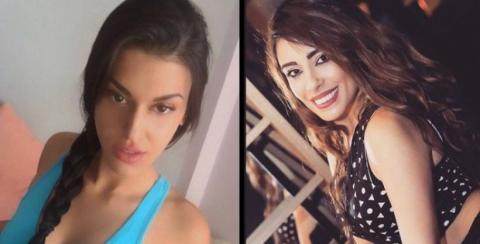 Froso Kyriakou, 20, was one of the two women who were on the same car with popular singer Pantelis Pantelidis, when it crashed on the road barriers.

She was the first person that rescuers, who arrived at the scene of the car accident, managed to pull out.

“Save Pantelis and Myrsini. Quickly, please, Pantelis is seriously hurt, ” she managed to say while crying, when rescuers pulled her out. The rescuers managed to pull out Pantelidis and the second woman, Myrsini Arnaouti, from the car.

The popular singer was transferred to the hospital where doctors declared him dead, while the two women, Froso Kyriakou, 20, and Myrsini Arnaouti, 30, were hospitalized at Asklipio hospital.

Kyriakou was hospitalized with traumatic brain injury, fracture on her right arm, and bruises on the neck, while Arnaouti’s condition was more critical, since she underwent an operation on the chest and until this morning doctors were trying to repair the fractures on her right side of her body.

The two women were at the nightclub ‘Teatro’ attending Pantelidis’ rehearsal, since just one day after his tragic death, ie on Friday, Pantelidis was set to start performing along with popular singers Despoina Vandi and Kostas Martakis.

Afterwards, they all went to a bar in Glyfada for a drink where they stayed up to 3.30am. Then, they decided to visit a friend of Pantelidis who lives in Glyfada and stayed there until 8.00.

After saying goodbye to his friend, Pantelidis and the two women got in the car and left. Half an hour later Pantelidis lost control of the car and crashed against the road barriers.