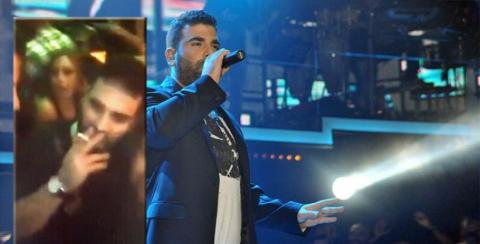 A video of a few seconds posted on Facebook allegedly shows Pantelis Pantelidis just a few hours before the tragic car accident.

The Greek singer appears having fan with two of his friends after his last rehearsal.

After that, it seems that Pantelidis met his friends Mina Arnaoutis and Froso Kyriakou and continued their evening which ended tragically when their car crashed on the road barriers and Pantelidis lost his life, while the two women are seriously injured.

The video was posted on Facebook on Saturday by a friend of Pantelidis named Christiano who wrote in the caption: “This is your last night out, buddy, before your premiere”.