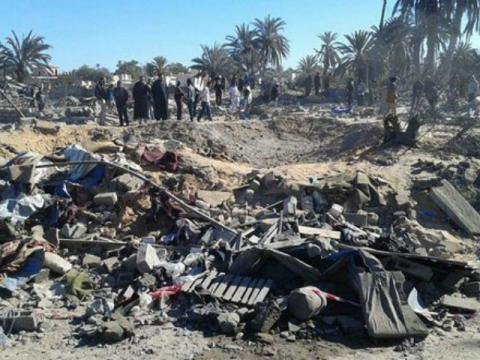 A leading military expert has called for a Serbian parliamentary committee to investigate the kidnap by ISIS of two employees of Belgrade's embassy in Tripoli, after Prime Minister Aleksandar Vucic at the weekend revealed a new link between the incident and the arms trade.

Military expert Aleksandar Radic told BIRN that an inquiry was needed to establish the facts surrounding the abduction of Sladjana Stankovic and Jovica Stepic, who died in a US airstrike on an ISIS camp where the two were being held.

The embassy employees were seized in November by gunmen close to ISIS who crashed into a convoy of vehicles taking Serbia's ambassador Oliver Potezica to neighbouring Tunisia. The ambassador escaped unharmed.

Vucic told a press conference on Saturday that securing a ransom from Serbia was not the kidnappers' primary motive and connected the case to "certain arms deals".

"There are some other motives [for the kidnapping] which I would rather not talk about today, and which are related to certain weapons deals," Vucic said.

The UN imposed an arms embargo on Libya in February 2011 to prevent further human rights abuses.

This was lifted in September 2011 after Libyan opposition forces took control of Tripoli from Colonel Gaddafi, although the government was required to notify the UN sanctions committee in advance of weapons imports.

In August 2014, following the start of the civil war, this process was tightened, requiring the internationally recognised government in Tobruk to apply for approval in advance of arms imports. The authorities in Tripoli are barred from buying weapons.

While Belgrade appears to have halted official exports to Libya in August 2014, when the...

Swiatek says ‘sky’s the limit’ after US Open triumph

Fajon calls for cooperation in dealing with global challenges in Cairo