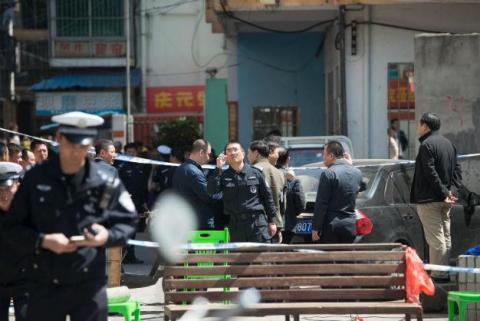 Police in the southern Chinese city of Haikou said that a knife-wielding man has slashed 10 children outside a primary school before killing himself.

Media reports said that none of the children suffered life-threatening injuries, but that two were seriously hurt in the attack that took place on Feb. 29.

The attacker stabbed six boys and four girls outside the gate of an elementary school in the city of Haikou, on the southern island province of Hainan, state broadcaster China Central Television (CCTV) reported on its microblog, Reuters reported.

An official at Haikou's Longhu police station declined to give further details and said the case was under investigation.

Violent crime is rare in China compared with many other countries, but there have been a series of knife and axe attacks in recent years, many targeting children.

Knife attacks against schoolchildren have become fewer in recent years after Chinese schools were hit by a rash of stabbings roughly five years ago.

The attacks, mostly carried out by perpetrators with mental health issues, sparked outrage among Chinese parents who demanded enhanced security at schools.