Two militants killed after attack on police station in Istanbul 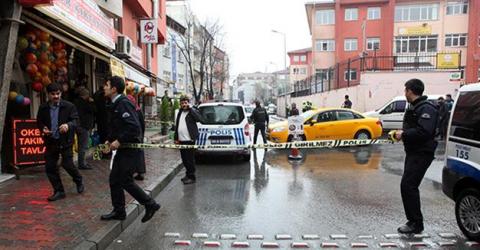 The duo, identified as Berna Y?lmaz and Çi?dem Yah?i, both reported to be militants from the outlawed Revolutionary People's Liberation Party Front (DHKP-C), arrived at the scene in a taxi and opened fire at the police station. The police responded with fire and wounded one of the militants. The two women later escaped into nearby alleyways on foot.

Police launched an operation in the surrounding neighborhoods to apprehend the perpetrators, blocking off entry and exit to streets in the area.

The militants were later trapped inside a building in the area, where an operation was launched after surrounding buildings were evacuated. The operation was supported by a police helicopter, according to Do?an News Agency.

"Two female terrorists carried out an attack on the C gate of the anti-riot police station at 9:45 a.m. The two terrorists were neutralized during operations that followed the attack," ?ahin said, speaking to reporters in the aftermath of the attack.

The bodies of the militants were taken out of the building after the operation and then to the Istanbul Forensic Institute for medical examination. The examination lasted for more than four hours for that of each.

Meanwhile, reports have shed light on criminal records of the militants after their identification process was complete...