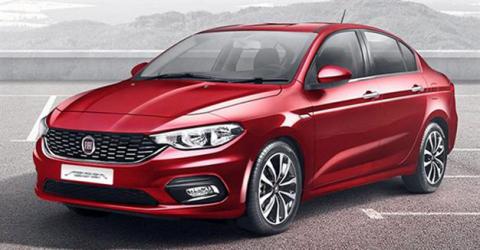 Tofa?, a joint venture of Turkey's Koç Holding and Italy's Fiat Chrysler Automobiles (FCA), is set to sell the Fiat Aegea sedan to the Americas.

The Fiat Aegea, which is manufactured in the Tofa? facility in the northwestern province of Bursa, will be exported to the Mexican market in the initial stage under the name of "Dodge Neon."

Koç Holding Automotive Group was named the best company in Europe in 2015, and its new Fiat Aegea was named best car by AUTOBEST, one of the world's most prestigious international automotive award ceremonies in December 2015.

The award-winning Koç-FCA compact sedan is sold under the name "Tipo" in Europe, the Middle East and Africa. But in Turkey the car has been so successful that it will keep the name "Aegea" (Egea), inspired by the Aegean Sea.

"We will start to export the Dodge Neon to Mexico this year from Bursa. The exported cars will only be with gasoline engines," said Tofal CEO Cengiz Eroldu.

The car will be company's second to be exported to the North American market after its Doblo model under the name "Ram Promaster City."

Dodge has become the seventh brand to manufacture in the company's Bursa factory along with the Fiat, Ram, Peugeot, Citroen, Open and Vauxhall, added Eroldu.

"We plan to produce more than 1.2 million Fiat Aegea vehicles by 2023. We want to make over $10 billion worth of exports by that year," he said, adding that more than 8,500 units of the care had been sold in Turkey in a short time and that the company had taken orders for around 20,000 units from the European market.

Tofa? started producing the model on Sept. 28, 2015, and with FCA, it has invested more than $1.5 billion in the project so far. A majority of this investment...