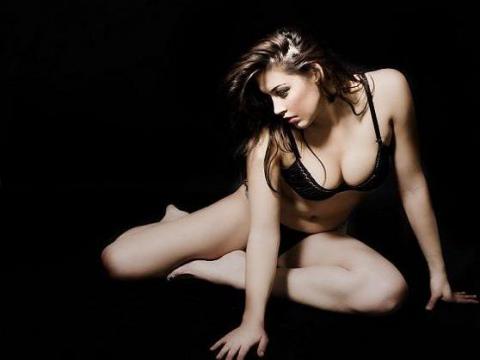 Ancient Greeks had great admiration for the naked human body, something which can be clearly seen through their art. Athletes used to participate in the nude in sporting events. Here is a run down of some of the most sexy Greek female athletes. Their ancestors would have been proud of them…This post is worth revisiting, as it shows off the Greek beauty and athletic skills of women.

Vaso is a world champion in fencing and has competed with distinction in Olympic Games. It is a good thing she always covers her pretty face under the mask while competing.

Sexy Voula caused great controversy when she was expelled from the Greek Olympic team in the 2012 London Games for posting racial comments on her Facebook account. She had also been tied to the extreme right nazi party Golden Dawn. Whatever he political affiliations the triple-jumper has there is no denying she is quit beautiful.

The 25-year-old twins are from Heraklion, Crete and have probably played a role in the rise of male attendees in track & field  in Crete.

Beautiful blonde Suzana Zdravkovic was born in Serbia, but moved to Chania, Crete at the age of 2 where she plays football. Who said football was for only for men.

This hot brunette bombshell plays basketball, and is a part time model too. There is a reciprocal love relationship between her and the camera. She probably knows how to handle a…ball on the court…

23-year-old Athina is a long distance runner and is not a bad reason to start enjoying those boring 5 and 10 klm runs in the stadium.

Maria is a player for one of the best female water polo teams in Europe, Olympiakos. She is married to former Olympiakos baseball player Panagiotis Vasilopoulos and has a child. We can understand how Panagiotis might have gotten caught up in her nets…

Thessaloniki is lucky to have this beauty play for PAOK. She is certainly not camera shy…

Don’t be fooled by her sweet face and sexy body. She can knock you out literally with a punch, a kick, a knee or an elbow. She is also a ‘knock out’ for other reasons too, obviously….Mariana also became somewhat of TV celebrity when she took part in one of the ‘Dancing with the Stars’ reality TV shows with great success.

This sensual Serbian siren plays for Olympiakos. The team’s fans suddenly have a new-found interest in women’s volleyball….